When you were young, there were probably a whole host of leisure activities that you associated with your granny and you probably have fond memories of her doing them. They might not have been what you felt like doing or even contemplated wanting to try, but you liked the fact that she enjoyed them.

Not all of Gran’s pastimes might appeal to you, but some certainly have a contemporary feel to them 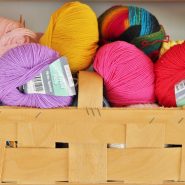 Today, though, it seems that as a society we’re harking back to those old-fashioned pastimes, even though some of them have undergone changes over the years. Perhaps it’s because we like the connection with memories from our youth, perhaps it’s because now we can see what our grannies got out of them. Either way, it seems that many of granny’s hobbies are now back in vogue.

Eyes down for bingo 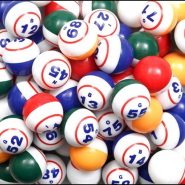 Bingo’s one of the classic games that always used to attract the older segment of the population. For many players, half of the appeal was the social aspect of the game – a reason for a trip out on a weekday afternoon or evening and a chance to meet up with friends. Today, bingo has gone through a renaissance, thanks to its online presence. Young and old alike can play a few games of online bingo when they have some time to spare; and it’s easier than ever to squeeze a few games around your usual daily routine.

As well as making participating easier than ever, with the software marking any matching numbers for you, the online version of the game has also managed to retain its community feel, as you can chat to other players while you take part. And like the original version of the game, it’s still great value. If you sign up to play any of the bingo games on 32red.com, not only do you get a free fiver to play with but, when you make an initial deposit, you get an extra £32 for every £20 you put into your account. Considering most bingo games cost pennies to play, this means you get a lot of entertainment value out of even a minimal first deposit.

And in some cases, you don’t even have to pay to play at all, with the majority of sites offering a number of free games. At Harry’s Bingo there’s a free two-level bingo tournament every day, while Bingo Stars has daily free games in its Free Bingo Room and 32red’s Sunshine Lounge has free games from 3pm to midnight.

Come dance with me!

By the time Come Dancing was reaching the end of its long history (1949-1998) on British TV, it only appealed to a pretty niche audience, and most people’s grannies would probably have liked it more than the rest of the family. Dancing would either be one of the things that they still did once a week with their husband or friends, or something that they’d remember from their younger days with sweet nostalgia. 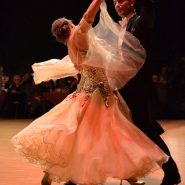 Now, thanks to the incredible popularity of the BBC’s Strictly Come Dancing, ballroom dancing has definitely enjoyed a huge comeback, with people of all ages taking to the floor to learn everything from the rumba and the jive, to the waltz and the foxtrot. You don’t need a partner either – it’s quite acceptable to go along by yourself to most dance classes as there’s generally someone to pair up with when you get there. Drop-in classes are probably the most flexible as you don’t need to commit to going every week, but if you sign up for a course for a number of weeks, you’ll probably get more out of it. As for the TV series, it’s as popular as ever and is now something lots of people associate with the start of autumn and a great way to brighten up those ever darker and colder Saturday evenings in the run-up to Christmas.

Nights under the stars

While camping has never dipped off some family radars, there were plenty of kids who grew up in the 80s and 90s who never camped and only used to go on package holidays to the Med and further afield, while their grandparents might have been avid campers. With the possibility of going further afield with cheaper flights, quite a lot of families might never have done any kind of camping. However, camping has quietly crept back up the holidaying agenda, partly as a result of people wanting to boost their green credentials by avoiding air travel and partly as a result of the desire to see what Britain has to offer rather than always heading abroad. 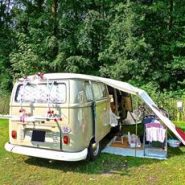 Camping facilities have changed hugely in the last twenty years and the other plus to camping today is that the equipment has really dropped in price, yet is much better at coping with the different weather you may encounter in a typical summer’s week in Britain. And for those of us who don’t like ‘real’ camping, there are some fabulous glamping alternatives where you don’t even have to put up a tent! Your grandparents may have done the hardcore version of camping and caravanning as there weren’t many other holidaying options available; we can pick and choose and have the best of both worlds.

Our grannies may not have had access to the kind of adrenalin-pumping pastimes that are around today, but with so many of the hobbies that we now enjoy being a reinvention of the activities they used to enjoy, it just goes to show that some hobbies will never fade – they’ll just be adapted to suit every new generation!

How Important is Brand Management for the Fashion Business?

Curve model Barbie Ferreira lays it bare in this powerful…

We are all about embracing our bodies and not being…